Click here for a print version of this article

The collection for families in South Florida and in Israel who need assistance during this expensive time of the year is continuing. With your help we have raised approximately $24,000 and helped over 50 familes. Please participate and enable more families to celebrate the holidays with true joy. All of the money donated is passed on to the families.

You can give in one (or more) of the following ways:

May Hashem bless you and your family with a good sweet year and bountiful blessing both material and spiritual.

Please fill out this form to order (if you will be in South Florida for Sukkos).  https://forms.gle/GqhK5sgqSbdGxvs27 thanks 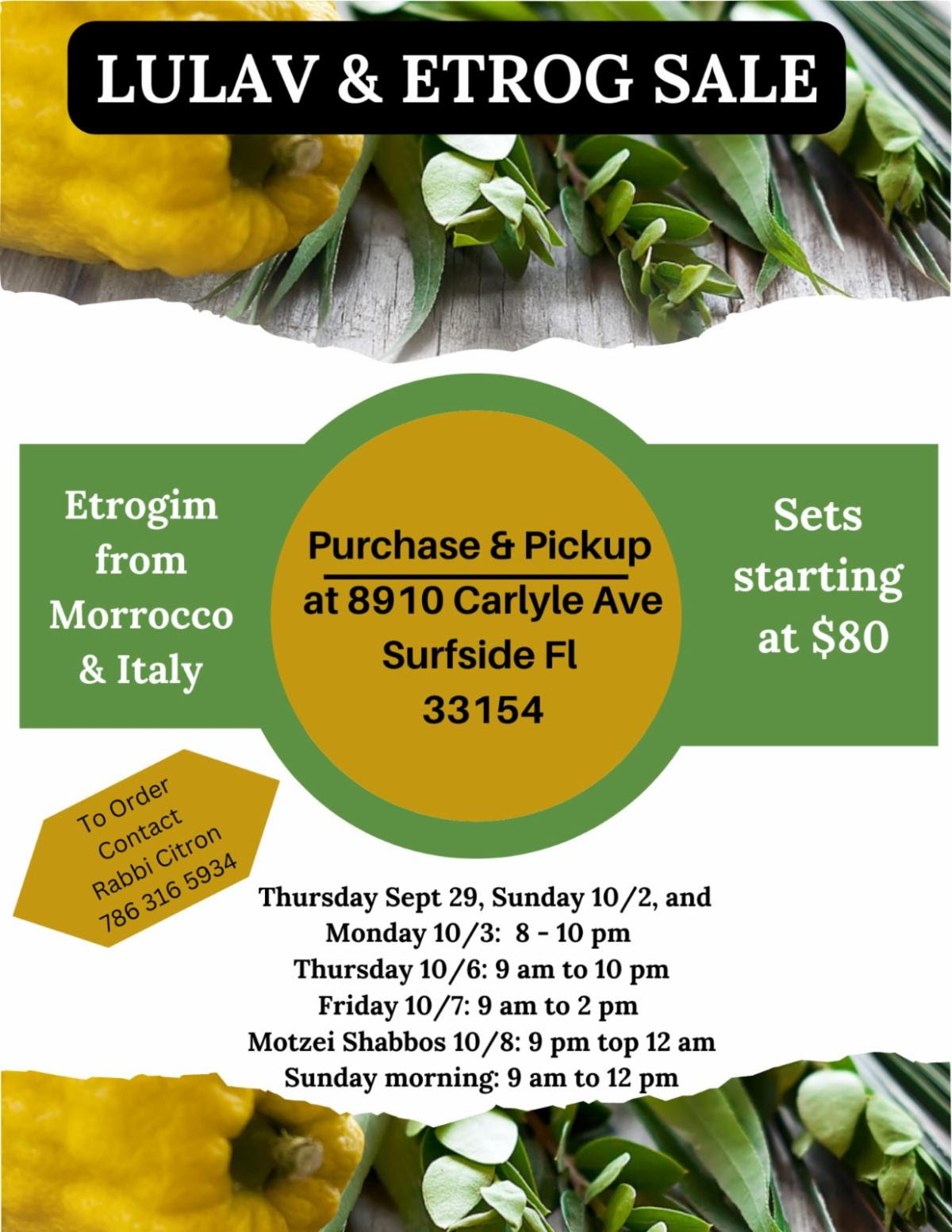 In the Torah portion of Vayelech, we find the mitzvah of Hakhel when all the Jews would gather to hear the Torah read by the king in the courtyard of the Beit HaMikdash on Chol Hamo’ed Sukkot in the year after Shmittah.[1]

The book of Nechemiah recounts[2] how Ezra and Nechemiah gathered all the Jews who had returned to Israel to rebuild the second Beit HaMikdash on Rosh HaShanah. At that time Ezra read from a Torah scroll and inspired the people to do teshuvah. Although this event was not a Hakhel gathering per se, it nevertheless bore many resemblances to such a gathering. This article will discuss the background to Ezra’s gathering as well as how it resembled, yet was different from, a Hakhel gathering.

What Is the Historic Context?

The purpose of Ezra’s gathering on Rosh Hashana was to inspire the people to return to the ways of the Torah from which they had drifted over the years. Many of the inhabitants of Yerushalayim had moved to Eretz Yisroel from Babylonia 19 years earlier when the Persian King Koresh gave permission to rebuild the Beit HaMikdash.[3] At that time they were led by Zerubavel, a the descendant of the second to last king of Judea, and by Yehoshua, the Kohen Gadol.[4] Unfortunately, Koresh’s permission was rescinded,[5] and the Jews who remained in Israel became isolated from the wider Jewish world which was still in Babylonia. This led to a laxity in the observance of basic mitzvot such as observing Shabbat and how to treat the poor.[6] Many of the people intermarried including members of prominent families such as the children of Yehoshua, the Kohen Gadol.[7] This situation continued even after permission to continue rebuilding the Beit HaMikdash was granted and after it was completed and dedicated, eighteen years after it was started.[8]

Ezra, the scribe, (Ezra HaSofer) was the student of Baruch, the son of Neriyah, who was a student of Yirmiyahu HaNavi. When Zerubavel led the group back to Israel in the time of Koresh, Ezra remained in Babylonia because his teacher Baruch was old and infirm and unable to make the trip to Israel. Baruch passed away one year after the Beit HaMikdash had been rebuilt and then Ezra led a (relatively) small group of Jews to Israel.[9] He left Babylonia with this group on the first day of Nissan and arrived in Israel on the first day of Av.[10]

When he arrived, he was informed of the sad spiritual state of the local community and how many of them had intermarried. He was so shaken by this news that he rent his garments and, in front of a large gathering of Jews, pleaded with G-d to forgive them for all their sins they committed despite the many kindnesses G-d had showered on them. This inspired the people to change their ways and within eight months all of the men who had married foreign women sent those women away.[11]

Nechemiah was one of the leaders of the small Jewish community in Israel at that time. He was then called to return to Babylonia where he became an important member of the royal court of King Darius (the cupbearer). Thirteen years after Ezra’s return to Israel,[12] Nechemia was informed that the community in Jerusalem was in peril. The walls of the city had never been completed, and the small community was being regularly raided and plundered by their many enemies.[13] He received permission from the king to rebuild the walls as well as soldiers who would protect him and the necessary materials with which to build the walls.

He began his work almost immediately after arriving and, despite concerted efforts by the enemies of the Jews to stop the building, the Jews managed to complete the walls on the 25th day of Ellul, only 52 days after they had started.

On that Rosh HaShana, all of the people of Yerushalayim gathered in the courtyard of the Beit HaMikdash and Ezra, the scribe, read from a Torah scroll while standing on a large wooden platform, flanked by six elders on each side. It seems that by this time many of the people had relapsed into their old behavior patterns and were not keeping Shabbat. Many of them had taken back their gentile wives. When they heard Ezra read from the Torah on the solemn day of Rosh HaShanah, they recognized their sins and wailed and cried. Ezra, Nechemiah, and the Levites calmed them down, saying that Rosh HaShanah was a holy day and that they should go home, eat choice foods and drink sweet beverages and send portions of food to those who did not have enough.[14]

That Sukkot was celebrated festively with the people bringing foliage from the mountains to make their Sukkot.[15] They read from the Torah every day of Sukkot. After the holiday was over, on the 24th of Tishrei, they gathered again to continue correcting their misdeeds. They read from the Torah, fasted, prayed, and bowed to G-d. They committed to once again send away their gentile wives and swore to observe the Torah of Moshe, to only marry off their children to Jewish people and to observe the Shabbat.[16]

After serving as the leader of the Jewish community in Jerusalem for 12 years, Nechemiah had to return to Babylonia to resume his royal duties. Some time later he heard that, once again, the spiritual state of the Jewish people had declined.[17] He received permission to return to Israel again. He banned any trade on Shabbat, sent away the wicked Toviah the Amonite who had managed to make an office for himself in the Beit HaMikdash, and forced those who had intermarried to send away their foreign wives.[18]

Going back to the Teshuvah gathering that took place on Rosh HaShana in the courtyard of the Beit HaMikdash, we see that, when comparing this gathering to a Hakhel gathering, there were several similarities and several differences. In fact, some of the laws of Hakhel are derived from the details of Ezra’s gathering (see the footnotes).

Here are some of the similarities:

Here are some of the differences:

May we gather this year to hear the Sefer Torah read by King Moshiach in the Beit HaMikdash!

[19] See Nechemiah 8:4 and Sotah 41a. The Tosefta (Sotah 7:8) says that the source that a king stands on a wooden platform comes from the verse in Ezra. See Chasdei David that, although Ezra’s gathering was not a Hakhel gathering, we can learn about how to read the Torah for the community from that event.

[20] According to Yomah 69b and Sotah 40b, both of these gatherings took place in the Ezrat Nashim (women’s courtyard) and the fact that the Hakhel gathering should take place in the Ezrat Nashim is derived from the verse in Ezra. This is difficult to understand as the Sha’ar HaMayim (water gate) was an entry point (on the south side) into the Ezrat Kohanim (courtyard for the Kohanim), see Mishnah Middot 2:6, not an entry point into the Ezrat Nashim. In addition, the book of Nechemiah refers to the Sha’ar HaMayim as an eastern gate of the city of Yerushalayim and not as a gate to the courtyard of the Beit HaMikdash (Nechemia 3:26).

See Tosefta, Sotah 7:8 that Rabbi Elazar ben Yaakov derives the location of the Hakhel gathering from that of Ezra’s gathering. (Although he mentions the Har Habayit (Temple Mount) there, he presumably means the Ezrat Nashim which had the holiness of the Har HaBayit).

[22] But see Tiferet Yisrael on Sotah 7:8, Minchat Chinuch on mitzvah 612 (as a possibility) and Yad David on Sotah 41a, who say that, in the absence of a king, another Jewish leader may read the Torah at Hakhel.

Wishing you a Gmar Chatimah Tova and a Shabbat Shalom!

The Golden Years and Laws of Standing Up for the Elderly

Sponsored by Bertie and Jackie Woolf and their children Anton and Julie Woolf, and by Lara and Brandon Grusd and…

END_OF_DOCUMENT_TOKEN_TO_BE_REPLACED

Sponsored by Jay and Paula Novetsky in honor of their family’s future: Carly, Dylan, Jax, Sky, Satya, EliZen and Keira.…