My daughter Sara Perel will be running to raise money for my cousin, Yitzy Horowitz, who is stricken with ALS. Please click here to help her support Yitzy’s family. 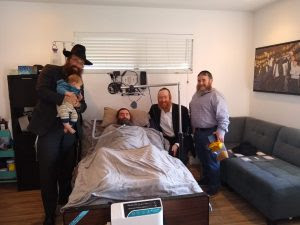 END_OF_DOCUMENT_TOKEN_TO_BE_REPLACED

Overcoming Temptation – It’s Why We Are Here

Sponsored by Mr. and Mrs. Aaron Elbogen in memory of his mother, Gittel bas Tzvi. May her Neshama have an…