Sponsored by Shai Zmora in honor of Rabbi Citron’s Birthday

Click here  for a print version of this article

The Torah portion of Lech Lecha has several references to Eliezer, the loyal servant of Avraham.[1] This article will discuss the roles, origins, and life of this unique tzadik.

According to the Torah and commentaries, Eliezer played the following roles in Avraham’s house:

The Talmud says[3] that the word דַּמֶּ֥שֶׂק (אֱלִיעֶֽזֶר) is an acronym for the wordsדּוֹלֶה וּמַשְׁקֶה מִתּוֹרָתוֹ שֶׁל רַבּוֹ לַאֲחֵרִים – “One who draws [doleh] and gives drink [mashke] to others from his master’s Torah.” The Shem Mishmuel writes[4] that Eliezer had the ability to impart deep concepts to simple people and was therefore able to teach Torah even to people that Avraham was unable to reach. On the other hand, Avraham was not satisfied with him as an heir as he gave over Avraham’s Torah without adding any new insights of his own. Hence Avraham prayed for a son who would be able to continue teaching his lessons but do so in a way that imparted his own unique style as Yitzchak eventually did.[5]

The Talmud says[6] that Eliezer was the main (or only) warrior who accompanied Avraham in his battle against the four kings. The Talmud derives it from the fact that אֱלִיעֶֽזֶר has the gematriyah (numerical value) of 318 which is the number of warriors mentioned in the Torah.[7]

Eliezer was chosen by Avraham to find a wife for his son Yitzchak, a mission he executed flawlessly.[8]

There are (at least) four opinions as to the origins of Eliezer:

Some say[9] that he was from Damascus as the verse (quoted above) calls him דַּמֶּ֥שֶׂק אֱלִיעֶֽזֶר – Eliezer of Damascus. According to Josephus,[10] Avraham was a king in Damascus at some point in his life. It has also been suggested[11] that Avraham bought Eliezer when he passed through Damascus on his way from Charan to Canaan (since Damascus lies between the two places).

The Midrash Rabbah says[12] that Eliezer was the same person as Canaan, son of Cham. Although Canaan is described as being cursed,[13] as a result of his devout service to Avraham, Eliezer lost that stigma and was instead described as being blessed.[14]

The Targum Yonatan says[15] that Eliezer was the son[16] of Nimrod, the king who had Avraham thrown into the fiery furnace. This shows how Avraham was able to inspire people to do teshuvah as he turned the son of a person who rebelled against G-d into a Tzadik (righteous man) and teacher of Torah.[17] It is noteworthy that, according to the Midrash,[18] Nimrod was one of the four kings who Avraham was battling, which means that Eliezer went to war against his own father.

Others say[19] that when Avraham was leaving Ur Kasdim many people came and gave him presents. Nimrod, too, gave him a gift – a servant whom Avraham called Eliezer.

The Torah does not tell us what happened to Eliezer after he found Rivkah, but in Midrashic sources one finds two different opinions:

According to the Yalkut Shimoni,[20] when Rivkah arrived from Charan and saw Yitzchak, she became aware (prophetically) that the wicked Eisav would be one of their children. This upset her to the extent that she fell off of the camel upon which she was riding, causing her to injure herself and to lose her virginity. On their wedding night, when Yitzchak found that Rivkah was not a virgin, he suspected Eliezer of abusing Rivkah while traveling with her from Charan. Rivkah explained what happened when she fell off of the camel, but Yitzchak accused her of lying and said that perhaps Eliezer had touched her. Rivkah swore that she was telling the truth. They then went back to the field where they had met and they found the blood on a piece of wood there (the blood was miraculously preserved). In order to compensate Eliezer for having suspected him falsely, Yitzchak commanded the angels to bring Eliezer into Gan Eden while alive. Thus, he became one of only nine people who did not die but ascended alive to Gan Eden.[21]

Others say[22] that to show his appreciation to Eliezer for finding the right wife for Yitzchak, Avraham freed him. Then G-d rewarded him for his good deeds and made him king over 60 cities in the area called Bashan and he became known as Og, king of Bashan.

He is furthermore described as being a tall giant. According to Tractate Sofrim,[23]one of his teeth fell out and Avraham then used the tooth as his bed (or some say his chair).

How Could He Be Og?

The opinion that he became Og is difficult to understand since Eliezer was a righteous man while Og was a wicked king who fought against the Jewish people and was killed by Moshe Rabeinu.[24]

May we merit to serve the righteous as faithfully as Eliezer served Avraham!

[5] This is quoted in the name of the Chozeh of Lublin. See Mapik Margaliyot, Bereishit vol. 1 by Rabbi Avraham Tzvi Margalit (Israel 2019), pg. 272

[23] 21:9. This tractate is printed in the back of Tractate Avodah Zarah in the Babylonian Talmud.

[26] Another explanation (which is difficult to understand) is given in the Midrash Talpiyot (cited in Pardes Yitzchak by Rabbi Yitzchak Batzri, page 212. See also Etz Chaim, Sha’ar 49 Chapter 9). Eliezer had a good and a bad side (as most of us do). After Eliezer found Rivkah, Avraham freed him from slavery (as per above) and split him into two. His good side ascended into heaven as an angel while his negative side remained in his body and turned into an antagonist against the Jewish people. A similar concept is said about Queen Esther who, according to the Zohar (Parshat Ki Teitze, page 276a), was replaced by a female demon when she was summoned to Achashverosh for intimacy. This demon represented the negative “side” of Queen Esther while the positive side of Esther remained pure and holy.

Wishing you a Shabbat Shalom UMevorach! 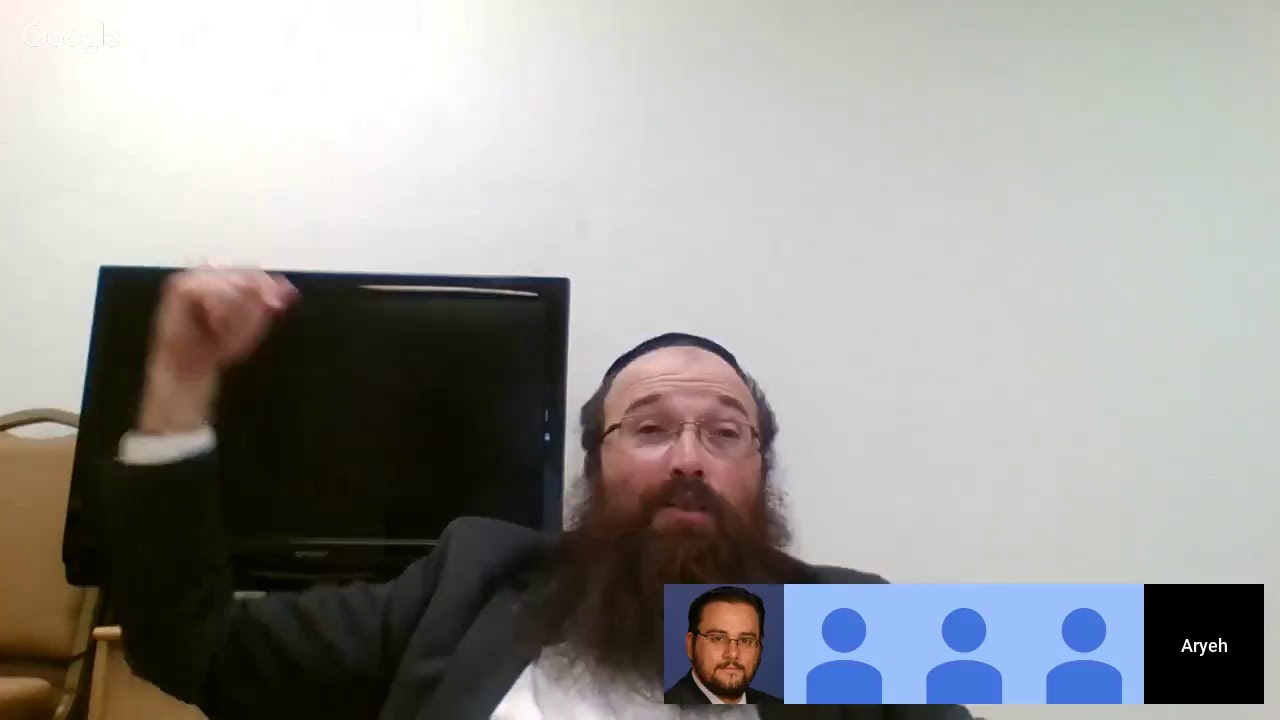 END_OF_DOCUMENT_TOKEN_TO_BE_REPLACED

I am now accepting students who wish to study Smicha on Monday and Tuesday nights. For more information, please email…